Regional infrastructure company Eastland Group has announced that Tairāwhiti’s first utility scale solar farm – which will be built at Gisborne Airport – has the green light to proceed.

It will cover 6.1 hectares and consist of 8,000 bi-facial solar panels.

The construction schedule is now confirmed, with works starting in October this year and expected to take around 10 months. The total cost is budgeted at $7.9 million.

Once complete, the plant will generate an average 7,300 MWh of renewable energy each year – enough to power the equivalent of 1,000 typical homes.

“This marks an important step towards a sustainable future for the region,” said Eastland Group Chief Executive Matt Todd.

Eastland Group and shareholder Trust Tairāwhiti recently announced they are seeking a new owner for the region’s electricity lines company.

“One of the key drivers behind the decision to divest Eastland Network is that it will enable us to invest in more local renewable projects and build long-term energy capacity and resilience for Tairāwhiti,” said Eastland Group Chief Operating Officer Energy, Alice Pettigrew.

“It will also help us continue to develop in-region expertise and capability in solar farm infrastructure and technology.

“Along with the regional benefits, projects like this will contribute towards New Zealand’s commitment to achieve 100 percent renewable electricity by 2030, and net zero emissions by 2050.”

Ms Pettigrew said the company is continuing to look at a range of other renewable energy opportunities in Tairāwhiti and Wairoa.

“Eastland Group has recently secured exclusive land use agreements on sites in Uawa and Wairoa for future solar projects, and we’ll provide updates as the business cases for these are progressed.”

He said the land at Gisborne Airport, which is run by Eastland Group and owned by Gisborne District Council, is ideal for a utility scale solar PV farm of this size.

“This is previously under-utilised land with limited development opportunities. It is relatively flat and near to the electricity network.

“The solar panels have an effective lifespan of 30 years. A battery energy storage system isn’t included in the project at this stage, but it is battery-ready in terms of design and consent.

“The support structures sit lightly on the land, with minimal environmental impact. At the end of their life, they can either be removed, returning the land to the way it was, or new panels can be fixed to the existing structure.”

The project will also result in positive environmental outcomes in the area in which it’s located. Extensive riparian plantings along the Waikanae Stream, plus new stock-proof fencing, will help improve the water quality.

“This is consistent with the enactment of kaitiakitanga (guardianship) by Ngai Tāwhiri as we strive to enhance the environmental outcomes of the rohe,” Ngai Tāwhiri working group representative Thelma Karaitiana said.

“Infratec brings its experience from delivering over 100MW of solar and battery energy solutions. We’re excited to be using the latest solar panel and inverter technology to achieve maximum benefit for the project and region.

“We’re committed to New Zealand’s drive in becoming 100 per cent renewable by 2030. Along with our other solar and battery projects across the country, the Tairāwhiti project helps achieve this goal.

“Our delivery model is to use local resources wherever possible, and in the coming months we will be seeking quotes for the civil and electrical works.” 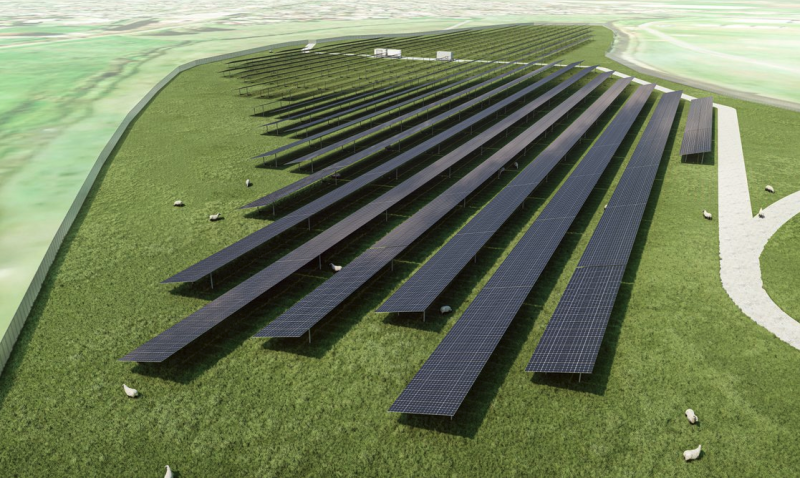