Reconnecting power to hundreds in state of emergency "extreme"

Keeping the lights on across the whole of the East Coast and Wairoa has always been the aim of lines company Eastland Network, but it was a huge challenge for staff having to reconnect hundreds of customers left without power after the region last month received three months of rain in 24 hours. Eastland Network’s Jarred Moroney tells Andrew Ashton how they did it...

Trees fell, power lines faulted and bridges crumbled as the region was plunged into a state of emergency last month. But even with the region cut off, contractors and Eastland Network crews still found a way to restore power.

Immediate tasks included restoring a 50kV line, using generators to keep power on in rural coastal communities and crews being helicoptered into the field.

In one case, a faultman walked four kilometres in the rain to check the Tokomaru sub-station.

“There were multiple faults occurring and in a few different areas but we were cut off in most directions due to flood waters and slips. This meant some of our response times were reduced.

“However, the roading crews did a good job of ensuring we could get around.

“We also made use of helicopters in the early stages to transport some equipment and staff which we would not normally do.

“Once we got to undertake restoration we also needed to use helicopters again because of access and the very wet ground conditions.

“Our crew worked well with the local roading teams and they worked hard to ensure we could get through to the faults. There were a lot of challenges with slips and drop outs but we managed.

“The wind this time was not too bad. At the end of the first week we had strong winds up the East Coast that created a few issues. However, the main problems were trees falling over due to wet ground conditions and flood waters taking away poles.

“In one example in Wairoa the team repaired a section of line that was brought down by trees and then three days later the lines were brought down again by trees.”

These challenges were “normal” for such a weather event, he said.

“It was just this time that it was for a longer period. We had no safety issues. The teams are well trained, have a lot of support and we make sure they are well monitored as to their location, when they leave for work and when they are all home.

“We have great radio communications with all staff out in the field. Between our control room and the main contractors, work hours are monitored to ensure they are not working a lot of extended hours.

“We knew early in the event it was going to last a long time, so we paced ourselves at the start, which paid off in the end.

“That said, they are still making repairs this week even though the flooding has stopped. Ensuring teams both in and out of the field had time to rest was an important consideration.”

During the state of emergency period about 800 customers were the most impacted where poles and wires were down.

The weather event led to the declaration of a state of emergency in the early hours of March 23 and then extended until April 1.

“We had times with much larger numbers off, but were able to bring them back on quickly through switching procedures,” he said.

“Approximately 45 percent of the network would have experienced some form of disruption.

“A much smaller number than that would have experienced longer periods — some for a week.”

Eastland Network deployed between 45 to 50 staff in the field plus six control room operators and various administrator roles.

“We also have a huge team of people processing data sheets for work done and invoices so people get paid.”

Mr Moroney said it was humbling to see what was achieved by all in such challenging conditions.

“It was a team effort by all contractors, road workers, Civil Defence, community groups and the public who worked tirelessly to repair what was broken, and look after those who had been badly impacted.” 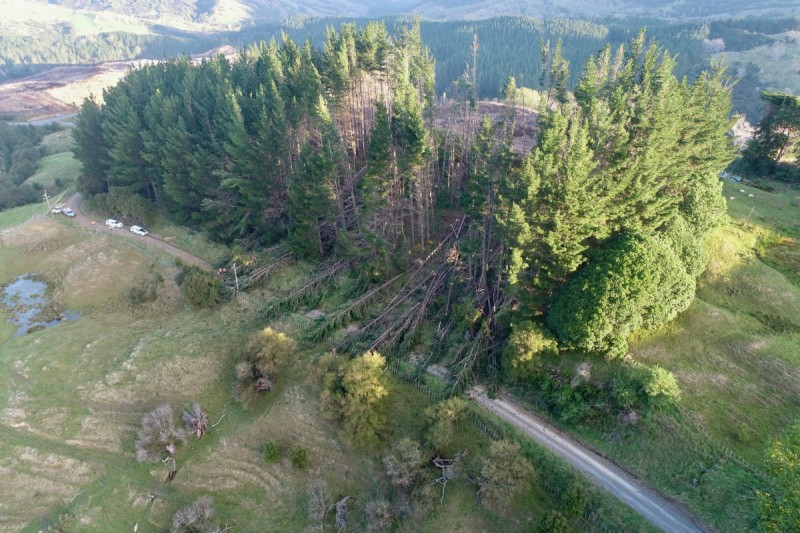